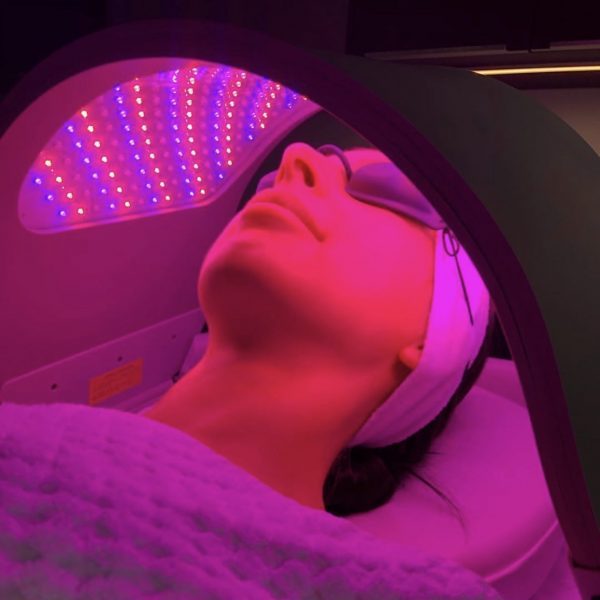 Some look like glowing storm trooper helmets while others look like disco lights under a giant hood.  The question is do LED face masks really work?  The popularity of LED  systems has grown over the past 2 years – but how do you choose and what are they really doing to your skin?

The use of light for therapy goes back quite a long way.  In fact in 1903 a clever Doctor called Dr Niels Finsen actually proved that different colours (wavelengths) of light have different energies.

These energies can lead to a chain of events in the skin which can have real benefits.

Dr Finsen actually won the Nobel Prize for Medicine for his research into colour therapy.  Our modern use of Lasers and Light therapy have developed from his findings.

How does the light work?

In LED Light Therapy a range of colours are produced from LEDs (Light Emitting Diodes) – so they look like blue, green, red etc. to the naked eye.

Different cells in the skin absorb the light and become energised. This makes them function better and makes them renew faster to promote youthful, healthy and radiant skin.  The colours which are most proven to work are Blue Light, Red and Near Infra Red.

What do the different colours do?

Blue Light – has quite a short wave form (called wavelength) compared with other colours.  This means it doesn’t penetrate deeply into the skin – but only travels to the upper layer called the Epidermis. Here scientists know it’s absorbed into the oil glands and kills the bacteria which causes Acne. 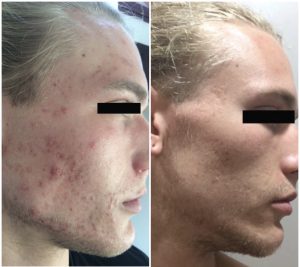 Red Light – has a longer wave from, (often around 630 nanometres) and penetrates into the middle layer of the skin.  Here it has a reaction in the energy cells, and helps build collagen, speeds up the production of new skin cells and make the skin smoother and firmer.  It is therefore good for anti-ageing.

Near Infra Red – is longer still, and penetrates into the deepest layer of the skin – called the subcutaneous layer. Scientists have proved it increases circulation and speeds up healing of wounds, as well as calming redness and irritation.

How long does it take to work?

Even though LEDs are a low power light compared with a laser, they still need to be strong enough to produce a reaction.  If they are too low powered, then they’ll have virtually no effect on your skin.

To make a difference you need to lie under a good LED light for approx 20-30 mixtures for them to cause the positive reactions in the skin.  Ideally you should have a course of between 3-12 sessions depending on your skin and what you want to improve.  You can also space the treatments quite close together, so 2-3 sessions per week.

If you want to start using LED as a skin treatment, then you should do a bit of research and find a system which can prove its claims.  Ask to see real before and after photos, and any other information to show their worth.

My personal favourite is Dermalux LED Therapy.  They produce a few systems in the UK, which are medically certified, and have won many high profile awards.  Dermalux uses a ‘hood’ device – not a mask which sits right on your skin. Home LED systems often aren’t powerful enough to make a difference.

I hope this has answered the question – do LED face masks really work?  They really do, but only if you pick a good one!