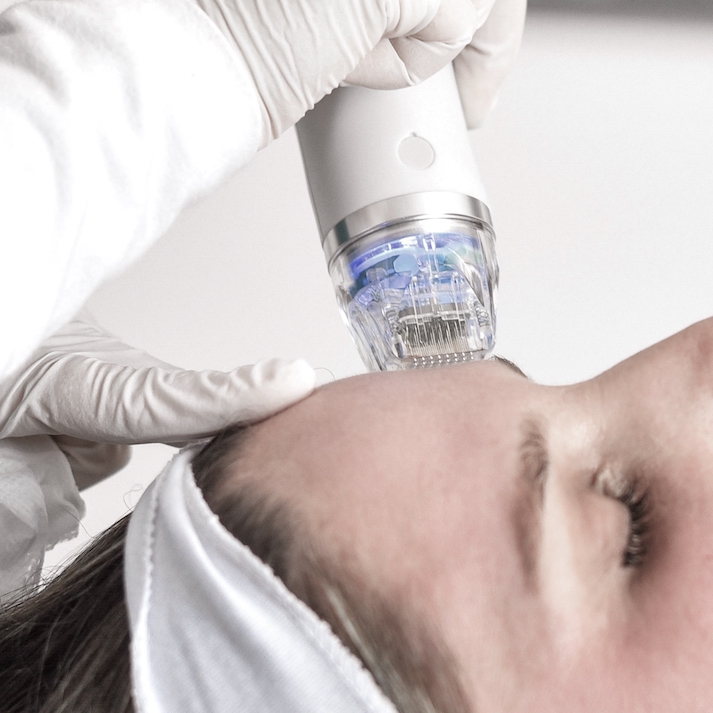 Morpheus8 has been marketed as one of the best anti-ageing treatments for face and neck. Since it emerged in 2019, the big question has been should you go for Morpheus8 or HIFU? Which is best?

Well let’s start by looking at what the treatments do for you:

This treatment has become quite famous thanks to some great before and after photos on Judy Murray. (Tennis star Andy Murray’s mother). The handpiece combines two well known technologies – Microneedling (a resurfacing treatment) and Radiofrequency (a skin tightening treatment).

Each pass of Morpheus8 involves needles being ‘shot’ in and out of the skin. The needles deliver  Radiofrequency waves at the same time, so you’re getting 2 treatments in one. The handpiece is adjusted so that the needles penetrate at different depths into the skin. So for example around the eyes it might be just 0.5mm, whereas around the jaw it could be much deeper at 3.5mm.

Morhpeus8 can improve many areas of ageing on the face and body. As it penetrates to different depths you can target many concerns. Eg. You can help contour the jawline, improve wrinkles, loose skin, scarring and stretch marks.

The actual technology is known as Fractional Radiofrequency. Morpheus8 is a brand name which uses this technology. There are many other brands which offer the same treatment such as Focus Dual and DuaLift.

HIFU stands for High Intense Focussed Ultrasound. Like Morpheus8 it can penetrate to different depths of the skin, and actually it can even go a bit deeper. So in that respect it can help contour the jawline and also improve loose skin and wrinkles. (It can actually also burn fat at a deeper level)

The focussed ultrasound waves pass through the skin without needles. This handpiece is adjusted to target the depth you require. Eg. around the eyes you would carry out a short to medium depth treatment, but around the jowls you would target the deepest layer (the SMAS layer) to lift and contour.

No needles are involved, just invisible ultrasound waves delivered through a cartridge. There’s no downtime with HIFU, and you look just like you’ve had a facial (with some pinkness).

Both Morhpheus8 and HIFU last around 12 months. With HIFU however you’d have just 1 treatment or possibly 2 (with a 6 month gap), whereas with Morpheus8 you would have 3 treatments spaced around 6 weeks apart.

They both target different depths of the skin and adipose tissue and can both lift and tighten.

Both treatments are uncomfortable. I’ve had both. With Morpheus 8 you can feel the needles although a bit painful, it’s bearable. With HIFU you feel a deeper thud inside, which at times is painless and at other times it’s painful – it depends on the area of your face.

They both lift and tighten your face, and couldn’t pick between them for lifting.

Since Morpheus8 is a needling treatment, in my opinion it’s better than HIFU for more superficial concerns such as lines, scarring and stretch marks. I wouldn’t choose HIFU for those problems. Morpheus8 or other good Fractional Radiofrequency devices are better for those.

If you’re still wondering whether to go for Morpheus8 or HIFU then I’d recommend having a consultation at a clinic which offers both, then you’ll be more likely to get an honest opinion. Plus they’ll be able to consider what your main concerns are and take it from there.

If you’d like more information on Fractional Radiofrequency Treatments / Morpheus8 then please get in touch.