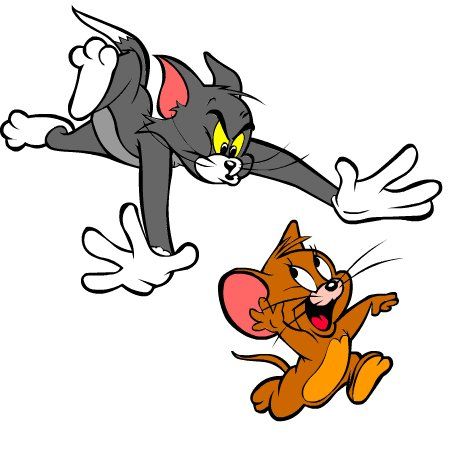 It was real life Tom and Jerry in our house yesterday on Day 1 of our Lockdown. 🐁

Yes … I’m not joking.  Here’s what happened. 5am the cat is in our bedroom going mental, scratching behind a cupboard, stalking from one side to the other.

Turns out he’d brought a cute little field mouse in and it had escaped and gone into hiding.  Well done little mouse.  🙌🏻

So the games began. 🏃

Obviously first thing I thought was let’s give him a bit of cheese 🧀 make him feel a bit better.  Husband starts going mad, saying don’t be ridiculous, but honestly wouldn’t you have done the same?

💡Husband has an idea.  He says I’m going to lift the cupboard, the mouse will run out and we’ll let the cat get him.   Nooooooooooooo we won’t I said.

💡Idea 2… my husband Richard says ok then, I’ll make a trap (which doesn’t hurt the mouse).  So he gets a plastic jug, puts peanut butter in it (do mice like peanut butter?) 🤔 Then he balances it upside down on a coin, so when the mouse goes in to enjoy his snack it will fall and catch him.

We shut the bedroom door and decide to only go back hours later.  Fast forward to yesterday afternoon.

Time to draft the kids in, to play find the mouse. 👀 Best game of hide and seek they’ve every played.. does that count towards homeschooling?

The mouse runs out, Richard’s chasing it, I’m following behind, the dog is following me, Harriet is screaming on the bed, Samuel has his nerf gun on hand to shoot someone .. not sure if he’s planning on shooting his Dad, the cat, or the mouse! 🤣

The cat runs into the bathroom, and hides behind the toilet… Richard has a box, and a piece of cardboard.  I’m now standing in the bath with Harriet. 👍

The mouse is cornered, and Richard manages to usher him into the jug, with a piece of cardboard.

Samuel takes him out to the back garden and releases him.
The mouse is saved – MISSION ACCOMPLISHED. 😃

Wonder what day 2 of Lockdown is going to bring? I’ll let you know. 💁‍♀️